First Casino in Las Vegas: What Was the First?

Casinosformoney » News » First Casino in Las Vegas: What Was the First?

What was the first casino in Las Vegas? If you are wondering about that, you’ve come to the right page. In this article, we’ll provide an answer to that question. Furthermore, we will tell a bit more about how it helped the city located in Nevada evolve into what it is today.

We will also touch upon the topic of online and mobile casinos and their relation to Las Vegas.

The Entertainment Capital in the World was home to 32 million tourists in 2021. The number was even higher before the Covid-19 pandemic, with visitations reaching 42 million. But before Vegas became what it is today, it had a long way to go, and it all started with a single casino.

When Was the First Casino Built in Las Vegas?

There are currently around 30 casinos on the Strip alone, with dozens more in the area, but the first one to be established was the Golden Gate Hotel and Casino. The legendary building has hit a few important milestones during its existence:

Moreover, Golden Gate was the first in Vegas to introduce the electric outdoor sign, a precursor to the neon signs that later became one of the city's main staples.

Golden Gate was also a place where many famous people often stayed, including the Rat Pack members Dean Martin, Sammy Davis Jr, and, of course, Frank Sinatra. This gave Golden Gate its iconic status. It remains one of the most important buildings in Vegas to this day.

When Was the First Online Casino Established in the US?

While online gambling is still not technically legal in Vegas, it’s legal in many other states. Answering when the first online casino was launched can be difficult, as the industry was popular long before it was regulated anywhere in the country.

It is safe to say that the first online casino started operating in 1994 when Antigua and Barbuda decided to become a hub for online gaming companies and granted them international gambling licenses.

The first legal online casino in the US opened in 2013 in New Jersey, the first state to legalize online gambling. In fact, 12 casinos launched simultaneously, immediately creating a competitive situation. Many of them are also online mobile casinos.

To sum up, the gambling industry in the US has been blooming for more than a century, and it all started with Golden Gate Casino, one of the landmarks of Las Vegas. It paved the road for other casinos to open and turn Las Vegas into what it is today.

What's more, it was also the foundation for the gambling culture among many Americans, which also made online casinos popular — an industry that’s still in its infancy but with huge potential. 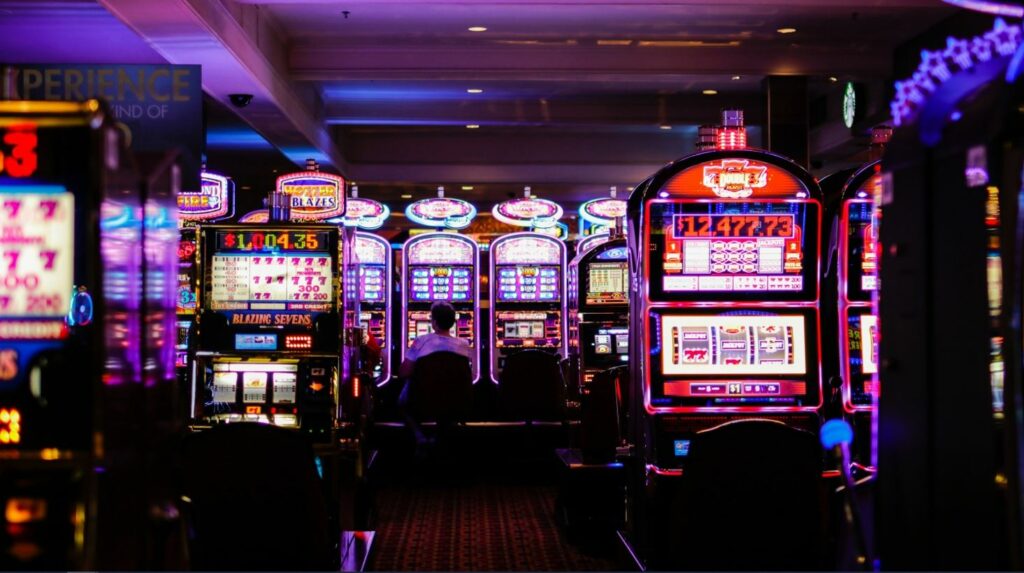 What Do You Find in a Casino?
TO THE ARTICLE >
State by State Guides