You are here: Casinosformoney.com » Online BlackJack

Cards from two to 10 have the value printed on the card. Face cards have a value of 10, and aces are either one or 11, depending on what the player determines. If the player gets an ace and face card or 10 in their first two cards, then the total is 21, and it’s called a blackjack. Anything over 21 results in a bust for the player or the dealer. In most Canada based casinos, a blackjack pays 3-to-2 on the player’s bet as long as the dealer doesn’t also have a blackjack. Odds of less than that significantly increases the house edge, so players should only play when they get 3-to-2 odds. The rules also allow for players to split pairs of cards and also double their initial bet after the cards are dealt. As will be demonstrated later, this is an integral part of the game and a way for the player to minimize the house edge.

Play for free or for real money

Blackjack can be played for free or for real money. Free games are always a great way to experiment or get a feel of the casinos, while real money may be more suited to more seasoned players. Read more below.

There are several ways to play blackjack for free without having to open an account and risk real money. Many websites make it possible to play free blackjack just as a player is sitting at a casino blackjack table. The graphics are great, and the user interface is easy to navigate.

The player has the opportunity to use a variety of betting values and strategies. The most crucial aspect of free play is the chance to see and play a lot of hands. It’s very helpful to get familiar with how to play the game and what the proper plays are under different circumstances.

Some Canadian casino sites also offer free play opportunities to give the player a chance to have fun or entice them to eventually play for real money. It’s difficult to know for sure how realistic the free versions of the game are, but in my experience, they are fairly representative of real money games.

There are also online casinos that offer signup bonuses and can be used for wagers, resulting in some amount of free play. They may also match initial deposits for new customers, providing enough money to play on subsidized wagering.

There are a multitude of online gambling sites to choose from offering real money games.  The online sites, through the use of technology, can offer varying types of games that provide a variety of choices for the player. Without the constraint of space and other limitations of a physical casino, the online experience can have more breadth. The player needs to be aware that anything that deviates from the traditional blackjack rules is probably something that adds to the edge of the operator.

In some tribal casinos there are unique rules for table games. For instance, table game bets carry an additional ante of $0.50 to play that is not returned as part of a winning bet. That increases the house edge and should be taken into consideration when choosing to play or not.

The rules also allow for players to split pairs of cards and also double their initial bet after the cards are dealt. As will be demonstrated later, this is an integral part of the game and a way for the player to minimize the house edge.

Legalities and rules of online blackjack

There are casino websites in Canada that are legal for online games. While it’s possible to access the sites and download an application from anywhere, bets can only be placed from locations where the site is legally allowed to operate. Websites regulated by municipalities are required to operate under the laws of where they are approved. While games like blackjack are typically played under similar rules in different locations, there can be subtle differences.

The key to limiting the house’s edge is in doubling and splitting hands. Different casinos have different rules around these practices, but the general rule is that the fewer restrictions on doubling and splitting, the better for the player. Where many players fail when using Basic Strategy is in neglecting to double or split.

The reason is simple. It can appear to be expensive, especially if someone is also playing a positive progressive betting system. After three wins at a $10 minimum table, the player could be betting $40 on the next hand. A pair of eights, according to Basic Strategy, would dictate splitting and an additional $40 bet.

Having $80 at risk could seem too much for the player, and they may fail to do it. However, if they don’t, they’re left with a 16, with very low odds of winning the $40 bet. By splitting, even though it’s an additional $40, they have much better odds of breaking even on the hand.

The most compelling reason to play Basic Strategy is not to look for guidance on the obvious good hands, but more on the hands that are more often losers. The goal is to use a strategy to make sure the player wins 37% of the time instead of 34% on a losing hand. In a game like blackjack, those 3-4% shifts can be the difference between winning and losing during a session.

There is a well-known method of playing blackjack that is known as Basic Strategy. It was developed by simulating thousands of hands of blackjack and determining the best course of action depending on the cards the player has and those of the dealer. The players’ cards are dealt face-up in blackjack, but the dealer is dealt one card face up and the other one face down.

The players choose to hit, stand, double down, or split based on the cards that are showing. Players can only split pairs of cards and usually only receive one card when they double down. Doubling down and splitting requires the player to place another bet equal to their original wager. Some casinos also allow doubling down after splitting, while others do not.

The dealer is required to stand if their cards total 17 or more. They don’t have the option to double down or split pairs. So, in essence, the dealer makes no decisions on their hand but simply follows the rules for the game. For the player, Basic Strategy dictates what move to make in every card combination situation.

By learning and using Basic Strategy, the player is making the right play in every situation that takes into consideration the best probability for success. Hitting on 16 might seem like a bad idea, considering any card six or above results in a bust. However, 16 is a bad hand with low odds of winning, so Basic Strategy dictates how to give the player the best chance to minimize the damage.

Here are some of the must-avoid blackjack strategies. Knowing these “deadly” strategies could prove a very strong weapon in your winning arsenal .

The most important strategy to avoid is not having one. While Basic Strategy is the best course of action when it comes to hitting or standing, there are also betting strategies to employ.  The player needs to plan what to do if they find themselves ahead by an amount close to their initial buy-in. They also have to have a plan to limit the amount they will tolerate losing in a single session.

A minimum buy-in amount is usually around 40 times the minimum bet. For a $5 table, that’s at least $200. The reason for the bankroll is so that the player can have sufficient chips to double down and split pairs when Basic Strategy dictates. It also allows the player to withstand a run of four or five winning hands by the dealer.

Not doubling or splitting

To minimize the house edge in blackjack, the player needs to double and split according to Basic Strategy. The dealer, or house in this case, doesn’t have those options, so the player gains an advantage. By not taking that option, the player is giving the edge back to the house.

Over time players win about 48% of the hands in blackjack. That makes it possible to play for a pretty long period of time on a sufficient bankroll. It also means that there will be streaks, whether positive or negative, at times. If the player has a good run, they should take their winnings off the table. s can find blackjack tables.

Below are some useful tips and some common myths – if you are at beginner stage or perhaps a pro, there is likely something useful to be taken home.

Tips for the game 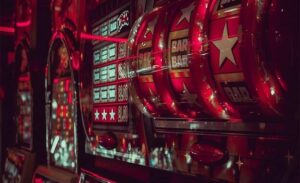 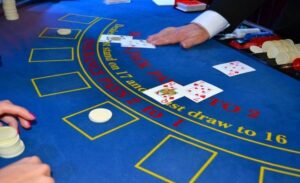 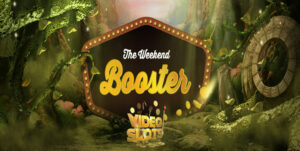 Your questions answered
When should you say hit or stay in blackjack?
+
Can you really win at blackjack?
+
Isn’t card counting illegal?
+
Is card counting the only way to win?
+
Should I play single-deck blackjack games or multi-deck games?
+

There are several card games that can be played at online casinos including various types of poker, video poker, baccarat, and blackjack. Each game has different rules but knowing the house’s edge, understanding strategy and tips as well practice will increase your chances of winning. Here we suggest two of the most popular card games

Poker is a great game to play; besides being fun its also one of those card games in which players play against each other. Also, for beginners or aspiring players, there are casinos that offer free money – a good opportunity to get a feel of the game without having to worry about going out of pocket.

Baccarat is just one of those simple games- a favorite of 007. All it involves is adding up your hand cards to get as close as possible to a total of 9. A few other simple rules to learn and you become a baccarat pro. Essentially, this game is entirely a game of chance but it’s fun, requires little thinking and can provide good pay-outs.