Top 5 Timeless Slots You Must Try

There are literally thousands of online video slots available on the web. Most of them are entertaining and offer high payouts to lucky players, but only a handful managed to become an instant classic.

If you want to start playing some of the best online slots, make sure to check out our article, as we’re going to present the legendary titles that millions of players enjoy around the globe. Read on.

Starburst is an online slot provided by NetEnt, a leader in the online gambling sector. The game became instantly popular when it was released, featuring simple gameplay and captivating animations.

Starburst is set somewhere in space, and players get to spin the reels filled with various gems, hoping to win a big prize. What makes this game stand out from the pack is the fact that it offers the both-way-pays feature, meaning you’ll get paid not only if your combo starts from the leftmost reel but also if it starts on the fifth (rightmost) reel.

The game also features a wild symbol that can substitute any other symbol on the reels, expand to cover an entire reel, and even award a respin.

Book of Dead is an online slot developed by Play’n GO. Its entire name is Rich Wilde and the Book of Dead, and the game follows the adventures of the brave explorer who decided to venture deep into ancient Egyptian tombs. Play’n GO released many other online slots featuring the same protagonist.

The game features a scatter symbol represented by the book. If you land three or more scatters, you’ll receive 10 free spins. Once the bonus round starts, you can get a special expanding symbol that can increase your chances of a hefty payout.

Mega Moolah is an online video slot by Microgaming. On the surface, it’s a pretty simple 5x3 game with animals as the symbols on the reels. However, what makes it stand out from the pack is the biggest progressive jackpot in the history of online gambling. Mega Moolah offers multi-million dollar prizes to the luckiest players, and all you have to do is make a bet and spin the reels.

Please take into account that this game doesn’t support free play, pretty much like many other progressive jackpot slots. It means you’ll have to use real money to test your luck.

Thunderstruck 2 is also one of the legendary titles by Microgaming, and it’s based on Norse mythology, featuring a five-reel structure with 243 pay lines. You’ll find various characters on the reels, including Thor, Odin, Loki, a valkyrie, and more.

The game features a wild symbol that can substitute any other symbol except for the scatter and doubles up your winnings if it’s part of a winning combination. There’s even a Wildstorm feature that can randomly turn up to five reels into stacked wilds.

If you land three or more scatters, you’ll enter the Great Hall of Spins and start the free spins round with one of the four available additional features.

Gonzo’s Quest is another popular game by NetEnt. The game follows the adventures of a Spanish explorer who is about to enter an ancient city in South America. However, his road is blocked by a wall of unusual symbols which he has to rearrange to get through.

The game features 20 pay lines and a 5x3 grid structure. It also comes with the Avalanche multipliers feature. Whenever you make a winning combo, those symbols will disappear, and other symbols will avalanche into the grid, giving you a chance to create another combination during a single spin. If that happens, your multiplier will increase to x2 and increase every time up to x5 during the base game or x15 during the free spins mode. The game also features the Free Fall and Wild symbols that can help you create big wins.

Reactoonz is a grid slot developed by Play ’n GO, meaning it features a 7x7 grid structure, resembling games such as Candy Crush. You’ll find many cute and colorful monsters on the grid. Moreover, the game comes with a wide array of features that are nothing like the ones we described in the slots above. Reactoonz is a perfect game for those who like a challenge when

If you’re new to the world of online video slots, the five games are perfect titles to start from. They will help you understand how this type of entertainment works on the web and offer you a chance to earn a prize if you’re lucky. Of course, slots are a matter of personal taste, meaning you should keep exploring available games if you don’t like our list until you find the titles that meet your need. 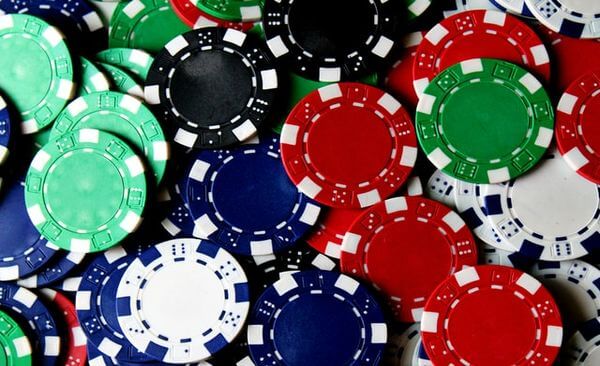 Casinosformoney.com is an independent casino comparison site dedicated to promoting the best information about online casinos. The legal age for gambling in Canada is 19, except Alberta, Manitoba and Quebec where it is 18+. Information provided is for educational and informative purposes only. We earn money from advertising and affiliate marketing. Our partners may amend or remove their offers at any given time and we are not responsible for changes. Gamble responsibly.